The U.S. Consulate General Chiang Mai is a one of a quickly diminishing number of historic properties serving as diplomatic posts for the United States government overseas. In an era of non-descript office blocks, the Consulate evokes an earlier time of pergolas draped in riotous explosions of bougainvillea, the subtle scent of frangipani, and the gentle breeze of a slowly turning ceiling fan. Once the royal residence of the last prince of Northern Thailand, Chao Kaew Nawarat, the history of the Consulate allows its staff to justifiably say they work in a very special place.

Previously known as the Chedi Ngarm, or Beautiful Pagoda Palace, the Consulate grounds have a number of distinct historic buildings, some over 100 years old. The first royal notable to take up residence was Chao Dara Rasmi, Princess Consort of His Majesty King Chulalongkorn, Rama V. In 1914, four years after the death of Rama V, Princess Dara Rasmi returned to her family home of Chiang Mai and resided in a teak house located within the compound. She later moved to another residence in the nearby village of Mae Rim and her brother Major General Chao Kaew Nawarat, the ninth and last Prince of the Northern Thai Lanna Chuen Jet Ton dynasty, moved into the royal compound. Prince Kaew Nawarat built a house on the grounds of the royal compound in 1923 as a wedding gift to his daughter Chao Siriprakai Na Chiengmai. In 1926 Princess Siriprakais home would host the visit of the ill-fated Majesty King Prapoklao, who was later deposed in 1934, and Queen Ram Pai Panni. Consulate staff and the sections of the consulates communications center presently occupy that residence.

The happiness of the King and Queens visit would be soon forgotten in 1933 because of the death of Princess Dara Rasmi. Her coffin lay in state at the Chedi Ngarm Palace from December 1933 to April 1934. Later that same year, Prince Kaew Nawarat would replace the old teak residence with a new home, now the Consul Generals residence. The house, designed by an Italian architect, was built in the then popular Anglo-Burmese style. A Chinese-style sala, or pavilion was also built. The sala now serves as the waiting room and offices of the Consular section. Prince Kaew Nawarat was not able to enjoy his new home for long as he died in June 1939. His body lay in state in the sala from June to July 1939, in the same place that todays applicants for visas and citizen services wait.

The death of Prince Kaew Nawarat closed a chapter on the history of the royal residence. The government of Siam no longer recognized the semi-autonomous principality of northern Thailand, once part of the great kingdom of Lanna that had been founded in 1296 by King Mengrai. The central government established direct control from Bangkok and the Chedi Ngam property was sold to the Office of the Royal Crown Properties.
In September 1, 1950, a new chapter of the history began with the signing by U.S. Ambassador Edwin F. Stanton and Thai Deputy Minister of Finance Sawet Piamphongsarn of a lease for Chedi Ngarm Palace and grounds. The Consulate still maintains its lease with the Office of Royal Crown Properties.

Through the diligent efforts of Consul Harlen Y.M. Lee (in office from 1982-1985), the Consulate became a Consulate General in 1986 and it continued its close association with Thai royalty. In January 2003, the Consulate had the privilege to host the visit of Her Royal Highness Princess Sirindhorn.

With Foreign Service life requiring constant moving from post to post and the growing homogeneity of the mission buildings, few Foreign Service officers gain any sense of attachment to or appreciation for the offices in which they work. At the U.S. Consulate General in Chiang Mai, the beauty and history of the classic teak buildings serve as a reminder of how fortunate the Consulate staff is to work in a former royal residence.

How To Get What You Want 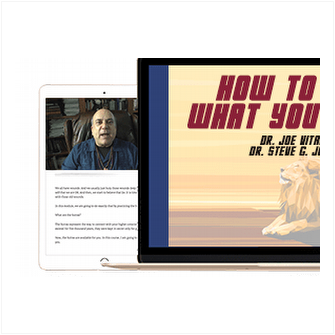 Learn why you must make yourself a MAGNET for the things you truly desire in life. Find out how our environment, associates, and [...]
Read More
⇛ view similar products
Paleo Recipes Cook Book 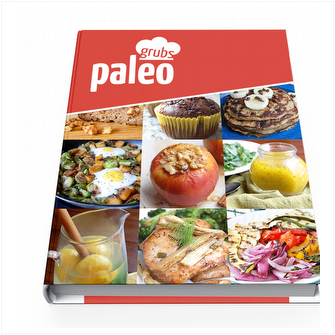 Learn over 470 easy-to-prepare Paleo recipes and 10 week meal plan, you can stop stressing about your food, and start enjoying the[...]
Read More
⇛ view similar products
The Truth About Real Estate PLR Article

The Re-launch Of Mortgage-plr.com Will See A Profound Change In Its Approach To Provide Plr-mrr Content Resources To The Online Re[...]
Read More
⇛ view similar products
Ejaculation guru

Premature ejaculation is caused by specific things that you do before and during sex... Most of the time without even realizing it[...]
Read More
⇛ view similar products
Ejaculation guru

Premature ejaculation is caused by specific things that you do before and during sex... Most of the time without even realizing it[...]
Read More
⇛ view similar products