NASCAR is actually an acronym for the National Association of Stock Car Auto Racing. The organization was founded in 1948 by Ed Otto and William France. The two men recognized the fact that people enjoyed watching car races, and that there needed to be some standardization behind the racing industry in order to attract more racers and to make the races equitable for those who entered. Having more who were willing to enter the races naturally increased the number of fans who were willing to pay to watch a natural step in the marketing of Nascar.

During those early years of Nascar racing, cars were strictly stock, meaning they were basically exactly as the manufacturer released them. But a few accidents convinced those in control of the racing events that some modifications for safety would be a prudent step. It wasnt long before other modifications were allowed to increase speed, handling and other racing performance issues.

After about another decade of this type of racing, those who were serious about the sport began creating cars that were exclusively for racing. In those cases, the cars typically incorporated all the modifications allowed by the Nascar officials. For several more years, the body of the cars would continue to resemble the stock cars of the early racing days though in appearance only.

The fact that so many people were attracted to Nascar wasnt lost on companies that wanted to find advertising opportunities. This period of Nascar history marks the beginning of full-time jobs as drivers, promoters and pit crews of Nascar racing. The earliest companies who used the advertising opportunities were largely car manufacturers, though the 1970s saw a marked increase in the number of companies that sponsored racers.

Some who arent tried-and-true Nascar fans think there is only a single Nascar racing circuit, but the fact is there are several circuits sanctioned by the parent organization. Some of the largest events are televised and its probably this fact that has created the number of fans that follow the sport so closely.

The sheer number of fans has created superstardom for many of the Nascar drivers as well. Not only do those drivers make their living by racing, many are also spokesmen for products and companies, making their Nascar status even more profitable.

Theres no doubt that Nascar has a huge following. Most people have heard of Nascar and even those who dont watch the sport can name a few of the more successful drivers. And it started because two men realized the potential for a racing organization to oversee the sport.

Create Fabulous Logos By Your Own 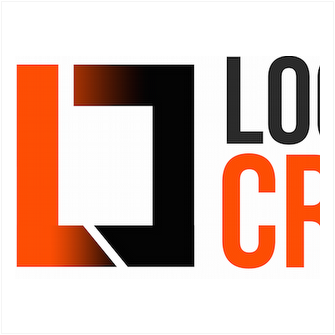 Find Out How to Get $22,275 Worth of Logos for Less than a Family Pizza And Grab Your Own Treasure Chest of 825 Pro Logo Templates[...]
Read More
⇛ view similar products
Save the marriage

Learn how to save your marriage, even if you are the only one who wants to. You can stop your divorce and save the marriage with [...]
Read More
⇛ view similar products
Save the marriage

Learn how to save your marriage, even if you are the only one who wants to. You can stop your divorce and save the marriage with [...]
Read More
⇛ view similar products
Lottery Winner University